It's a pun. I bet you never see puns here in the baseball card blogosphereoid.

Ryan recently had a cheapo group break over at his more-than-solid blog at O No, Another Orioles Blog.

Ryan, and a few other bloggers are currently mourning the fates of their respective teams getting eliminated. Some are taking it harder than others (including one particular Barves collector.)

I, myself, have been mourning the Jays season since June, and riding the overweighted bandwagon of my number two team, the Montre-, I mean, Washington Nationals.

And wouldn't you know it, the Cubs stole the show. Cubs far & away had the most cards in the break - yet besides Samuel Sosa, I had barely heard of any of them.

First of the boxes was 1999 Sports Illustrated. The cards themselves were...meh. But I grabbed a nice Pudge: 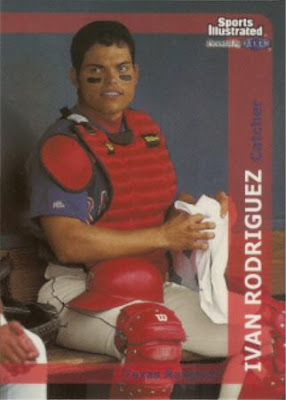 There was also a box of Pinnacle Zenith from 1996. 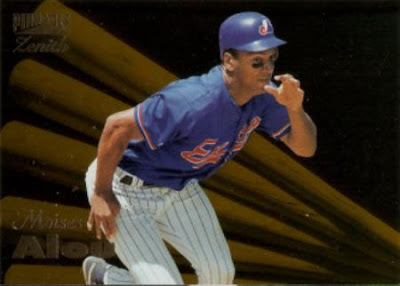 A Moises Alou joined the party... 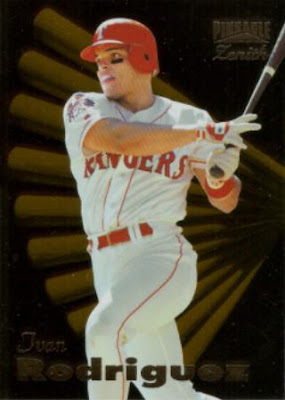 ...and he brought Pudge!

The cards are nice. The backgrounds are entirely foil, and the bats kind of glow gold. The design is incredibly repetitive, though.  I wouldn't want a binder full of these, but as additions to a personal collection, they do just fine.

I wanted one card from this break. And I got it: 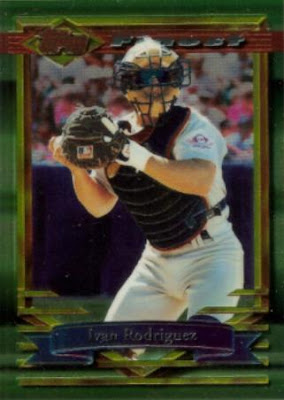 Ivan Rodriguez cards are awesome. There are very few players as action-oriented and photogenic as Pudge. You cannot make a bad card of him. This card is already one of my favorite of the native Puerto Rican's.

But as I said, the Cubs stole the show in this break. Aside from having the largest quantity of cards, this guy popped out: 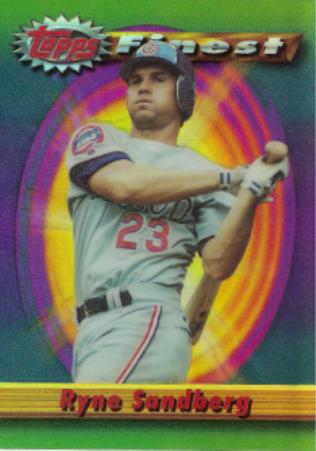 Graded versions of this are selling for $25...pretty consistently. Pretty solid for a $15 break buy-in. 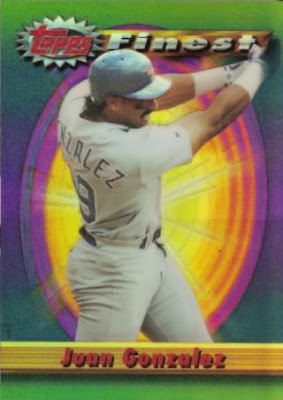 A second refractor? Baller. There were (I think) three or four refractors in this box. And I got two of them. The others were Dennis Eckersley (Athletics)...and they might have even been doubles of that Eck. The collation in the set was dreadful - I ended up with four Juan Gonzalez base cards....and three came in consecutive packs.

Anyways, thanks for the great break, Ryan. Very much looking forward to the October-November one, and hopefully acting quickly enough to score the Blue Jays this time.