i checked out my cards: keep doin' that hockey 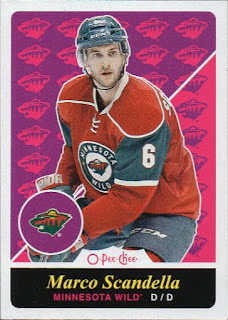 Welcome back to the second in a line of what will likely be around 10 posts representing my 2017 COMC Black Friday binge. Today, we keep doin' that hockey, with some new additions to my Minnesota Wild and Toronto Maple Leafs collections. There's also an Islander/Sabre snuck in.

Speaking of the Sabres, the first card there up at the top is of Marco Scandella, who Minnesota lost to the Sabres in the Tyler Ennis trade. It was a good deal for both sides, but personally I preferred Scandella. 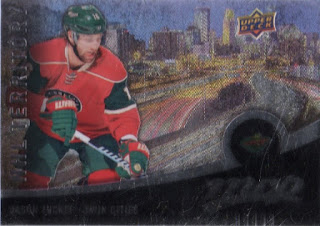 This looks awful, but it isn't. 2016-2017 MVP had this awful foily throwback SUBSET reminiscent of Skybox's Skylines in 2000. I love that MVP offers subsets and this one is a beaut, Clark. The best thing about collecting hockey cards is that I still get Upper Deck in all of it's wonderfulness. Above is just the base card for Nino Niederreiter (my first Nino!) from 2015-2016. And its a great base card. 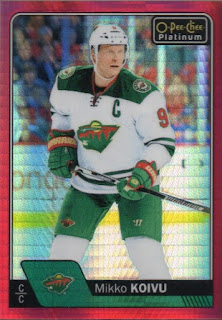 Moving into the veterans and parallels, this red parallel from 2016-2017 O-Pee-Chee Platinum (/199) is one of my nicer Mikkos at this point. My collection is certainly lacking. 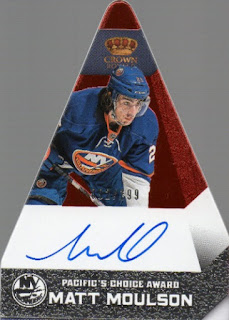 I always wanted a Cramer's Choice card, and a couple months back I acquired a Rick Ankiel from 2000 Pacific Invincible. Knowing that Crown Royale brought them back to the hockey world recently, I looked for the cheapest one I could find of a decent and active player. Matt Moulson, now banished to the AHL, was that player. This one is a nicely thick die-cut with red and silver foil treatment and a snow white band for the ink. In-hand, this is a gem numbered to just /199. 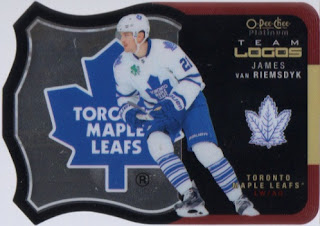 With O-Pee-Chee (cough Upper Deck couch) free to do as they wish in hockey, there's plenty of die-cuts still, and they don't suck. From 2015-2016 O-Pee-Chee is this James van Riemsdyk, who I've really come to like this season (not like I didn't before) just in time for him to become an unrestricted free agent at the end of the season. 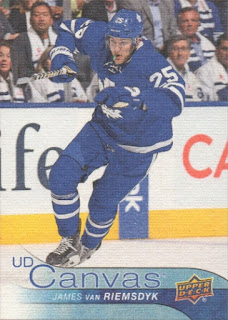 And here he is again from 2016-2017 Upper Deck, this time on the Canvas variations. This is one of the more benign photos used for Canvas. 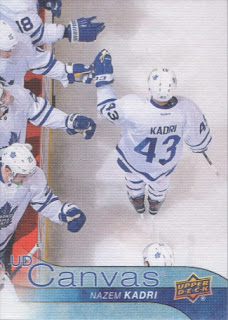 Hey, that's better. And it's Nazem! Kadri was one of my collections I tried to really boost this Black Friday, and I added on goodies. 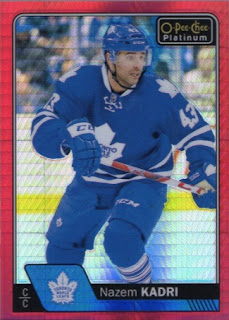 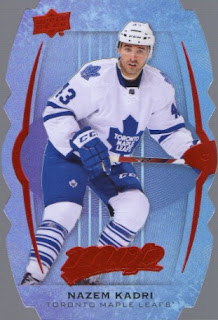 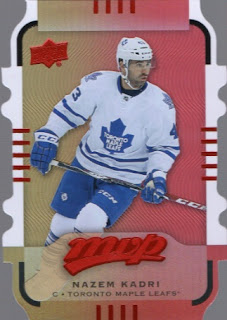 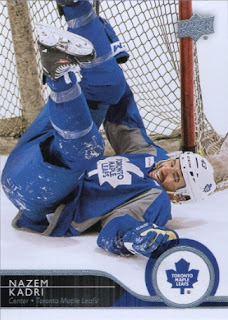 Kadri fell to Series 2 in 2014-2015 Upper Deck, but he did so with this beauty, in one of the most Nazem Kadri cards I've seen. Hockey is dominated by action shots, and Upper Deck plays around with their photos all the time, resulting in gems like this. 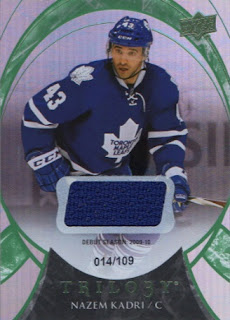 They also play the high-end game as well, creating bafflingly low-glass small-time hits in expensive box breaks such as this one. The green jersey parallel from 2015-2016 Trilogy (of what, exactly) is a pretty nice one in-hand, but the cheap digital numbering adds a handle of Barton's Vodka to the mix for such a classy set.

So that's our hockey. Still to come from the COMC binge will be: