Earlier this week Sam over at The Iron Lion Breakers hosted a 2016 Bowman Draft, Bowman's Best and Topps High Tek box break. My randomly assigned pair of teams were the New York Mets and Oakland Athletics. Definitely no Acuna-typed prospects abound with those teams, but I was hopeful for a colored refractor from Chrome and some AJ Puk or Amed Roasario cards.

We'll start with Bowman's Best, as there were just a few from that break to fall to my teams. 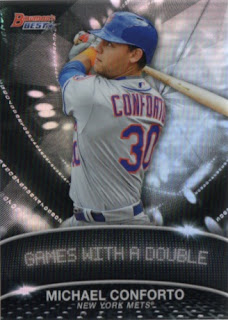 Conforto has a sneaky good year in 2017, and he's generating some legitimate fantasy buzz. These inserts, though, seem unnecessary. 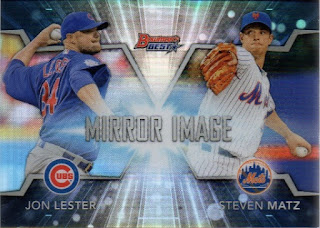 Good try, BB, but aside from both being lefities, Matz and Lester aren't terribly similar.

That was it for the Bowman's Best, which was pretty disappointing for my Mets/A's draw. On to the High Tek: 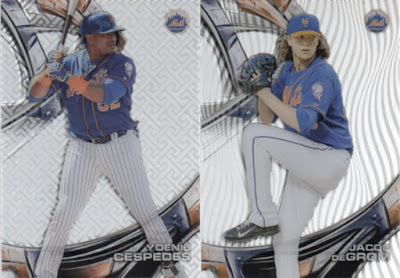 Hopefully you're all familiar with the gaudy Tek designs, varying background patters and so on. I did some damage in terms of card count here, hauling in a Jacob deGrom, Yoenis Cepedes and this David Wright: 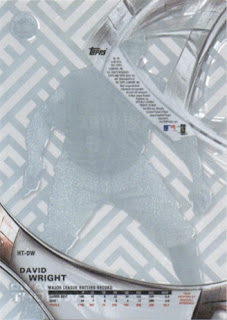 From the backside. These acetate/plastic cards have the see-through element, which forces Topps to get, uh, creative with the text.

Okay, on to something less gaudy, and finally some Athletics: 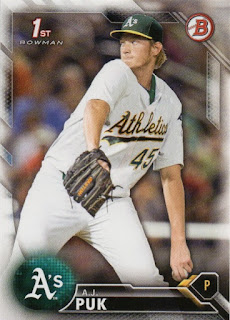 There's the Puk I was hoping for, modeling the front of a decent-enough looking Bowman set. Not one I would chase, but certainly better-looking than it's Topps counterpart. 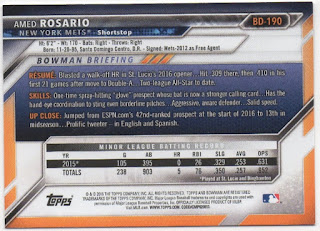 And there's Rosario. The backside of 2016 Bowman was certainly a treat to look at. 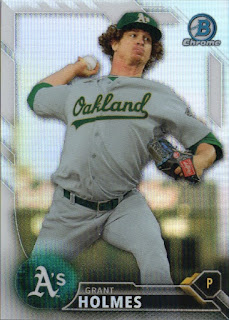 Since the Bowman Draft box was a jumbo, I think most of the break entrants wound up with refractors. Most of mine were uninteresting, like this Grant Holmes, but I will never turn down a refractor. 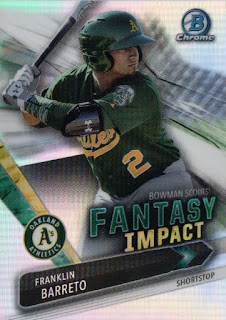 Of course, it's Bowman, so all of the Draft inserts are chromed up and refracting light as well. Here's ex-Blue Jays Great Franklin Barreto modeling the Fantasy Impact insert. Blue Jays got a decent 3B for him, I think. 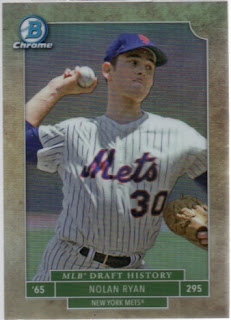 Nolan Ryan as a pup on this MLB Draft History insert, which is the perfect way to mix legends and retired players into modern sets, rather than stuffing a 2018 Donruss Checklist with Mickey Mantle cards. 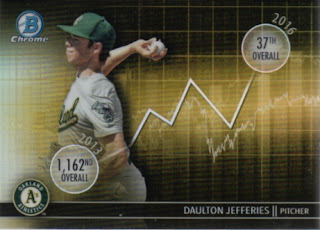 From old to young, as Bowman does so well. These horizontal cards depict a player's rise in draft selection, as Dalton Jeffries went from 1162nd in 2013 to 37th in 2016. Go to college, kids.

Finally, though I was shut out on relics (yawn) or autographs (duds), I managed to wind up with the rarest card in the group break. 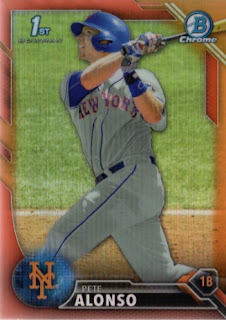 While both orange and gold, this is an orange refractor of Mets 1B prospect Pete Alonso, a second-round pick in 2016, numbered just 12/25.

So, there's that. I hope you enjoyed this Blue Jays-free post.
Posted by Roy-Z at 2:05 PM